Five days of media technology; over 1,400 exhibitors in 14 exhibition halls; 50,000 attendees from more than 170 countries. We were totally blown away, if not overwhelmed, by IBC 2014 at the RAI exhibition centre in Amsterdam.

As the world comes back into focus after the weekend’s indulgence, we bring you 8 of our best bits:

Each year Sony take over an entire exhibition hall to themselves. Their stand is vast and inevitably packed with both visitors and technology.

One notable announcement at IBC this year was Sony’s newest addition to its large sensor line, the Sony PXW-FS7. The first 4K XDCAM camera to feature a Super35 CMOS sensor, it records 4K internally to XQD cards in 10-bit 4:2:2 and is capable of frame rates up to 60fps for 4K and up to 180fps in 1080p. The PXW-FS7 sits underneath the F5 and above the FS700 in Sony’s camera line up and its surprisingly reasonable price tag tells us it will rival Canon’s C300 in the hire market. With comfortable, handheld ergonomics and the potential for one man run-and-gun shooting, it even looks a bit like the C300. We’re told it will be available later this year. Interest in it is already huge. 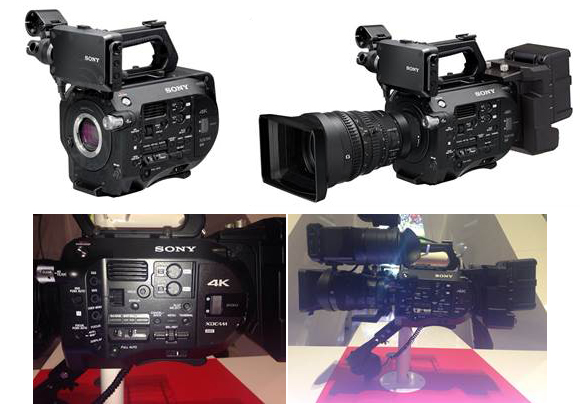 Sony also unveiled its successor to the PMW-200, the PXW-X200. It incorporates an improved ½ inch-type Exmor 3CMOS sensor, a new 17x zoom lens and XAVC Intra/Long GOP recording with 4:2:2 10-bit sampling (50 mbps). The camera body is slightly smaller and lighter than a PMW-200 and it appears more robust. A significant new function is wireless streaming and file transfer; proxy or high-resolution files can be transferred to a cloud server to begin the editing process even while the location shoot is still in progress. Sony’s software offering is Ci Media Cloud Services, a demo of which we found very impressive. The PXW-X200 will apparently be available later this year and we predict it will be very popular.

Sony’s new PXW-X500 was also on display at IBC. A multi-codec and three 2/3” CCD XDCAM camcorder, it’s designed to be a flexible 1080p acquisition tool for a broad range of HD productions – basically a good choice for ENG style projects when a large sensor camera isn’t necessary. It also includes the wireless streaming and file transfer function (which is the case with all new Sony models that include an X in the model number). The PXW-X500 effectively replaces the Sony PMW-500 and will be available later this year.

On the Sony stand we also saw their new ENG/EFP Build Up Kit for Sony F5/F55. This is an adaptor that essentially gives the F5/F55 a traditional ENG set up. Amongst other features it includes a VCT style baseplate, an attachment allowing for better positioning of gain and white balance switches and a device mounted at the rear which moves traditional audio controls to the side and audio inputs to the back. Whilst creating a massively user-friendly rig, this build up kit is hugely pricey meaning it’s an expensive way of creating a 4K F800 or PMW-500. An interesting idea but not cost effective in our opinion.

Like Sony’s, the Canon stand was bustling with people keen to check out their latest products. It was good to see the Canon CN7x17 KAS S Cine-Servo in the flesh as we’re awaiting our very own pre-ordered one and have been for a few months. Ideal for use with an ARRI AMIRA, this zoom lens offers 4K camera-compatible optical performance and is compact and lightweight. It’s zoom range is 17mm to 120mm and the drive unit is detachable meaning the lens can be used as a cinema-style full manual zoom lens if required. Versatile across a range of productions, we’re looking forward to ours arriving in October.

The Zacuto stand was of particular interest thanks to their selection of products and the somewhat spell-binding Director and Product Designer Steve Weiss.

Their newly released camera rig design, the Next Generation Recoil, allows virtually every camera on the market to use one single baseplate (the VCT Universal Baseplate) which works alongside an incredibly versatile selection of mounts, grips and accessories.

In particular we liked Zacuto’s Control Grip and Z-Motor, Recoil Handle, Halfcage Rail and Z-Drive & Tornado plus their range of Zacuto Zamerican arms which use time-saving quick release technology. 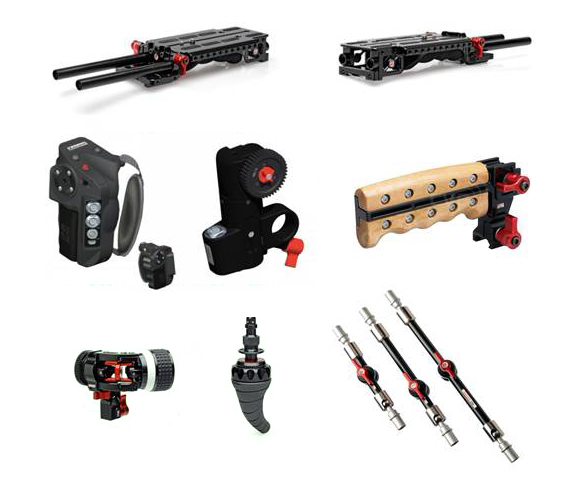 We visited Zeiss to view their new compact zoom lenses and servo unit in particular. The set of 2 Compact Zoom CZ.2 lenses are small and lightweight making them ideal for handheld or work in confined spaces. They are 4k ready and feature Zeiss’s interchangeable mount system (PL, EF, F, MFT and E). 15-30mm, 70-200mm and 28-80mm are available all with an aperture range of T 2.9 to T 22. The servo unit we saw was a prototype still in development but we’re told the finished product will be available at NAB next year. It offers one drive for all 3 of Zeiss’s CZ.2 lenses with snap on / snap off mounting allowing for quick and easy switching between each lens without any need for tools.

Outside of IBC the Amsterdam weather was sunny and fine – much better than our visit last year – so as well as digesting large quantities of broadcast technology we wandered around the streets of this beautiful Dutch city in leisurely style, visited some tourist traps and more secluded parts, discovered some of the finest and most stunning eateries and, of course, took “industry networking” to a whole new level. As per usual. 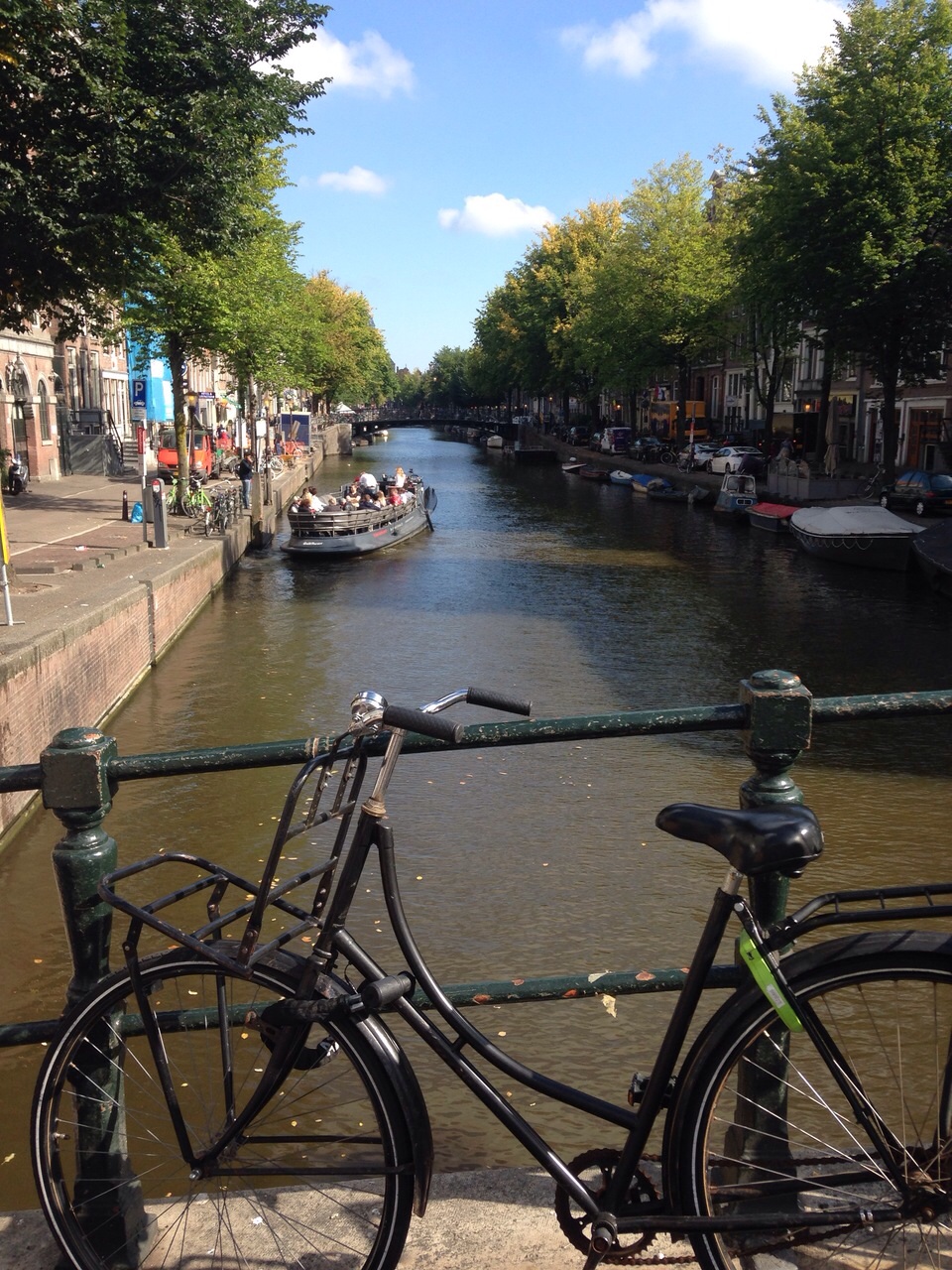