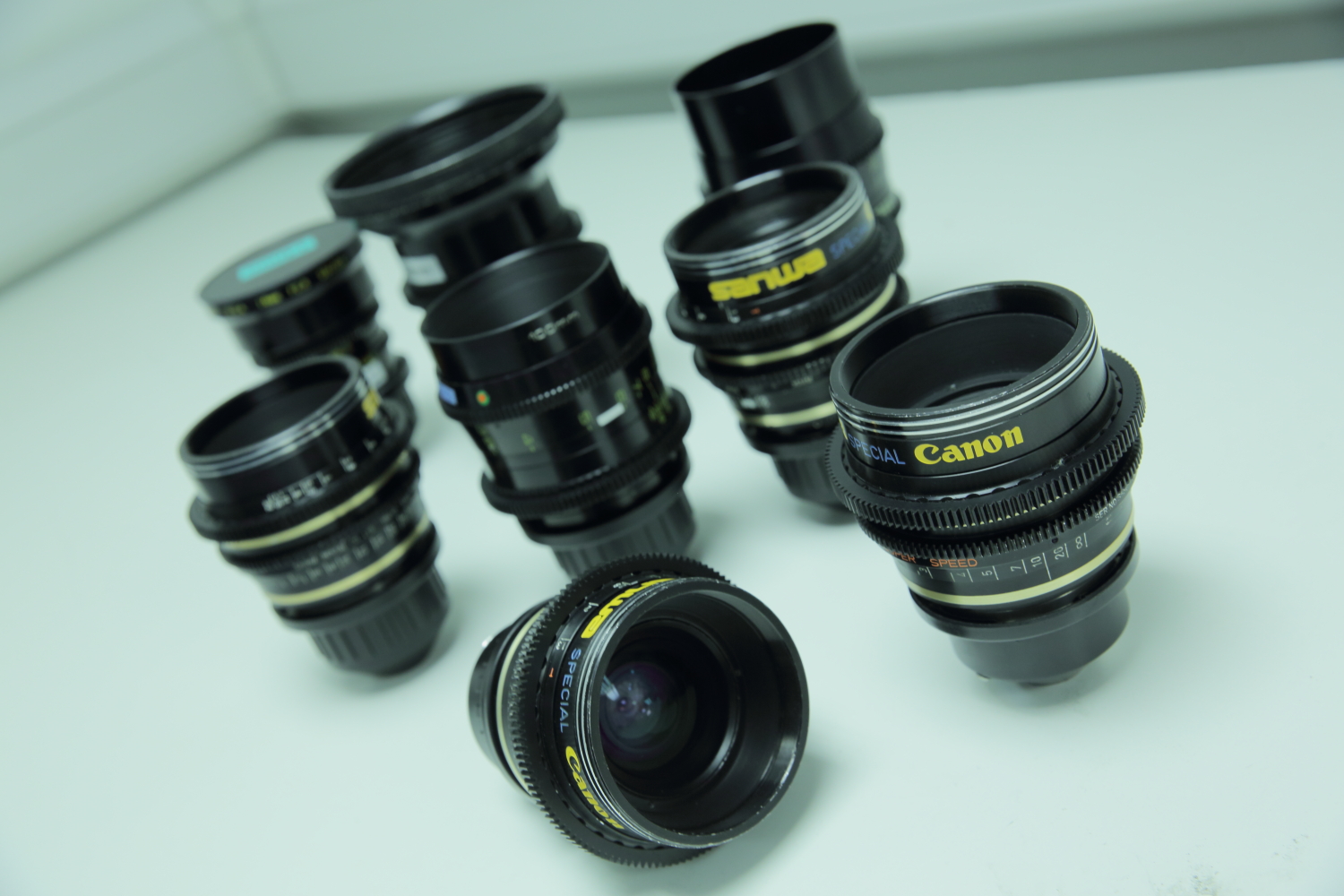 Shift 4 are proud to announce that we’ve added an Extended Set Of Canon K35 Prime Lenses to our hugely expanding lens section. Available to hire now, these beauties are highly sought after and display superb vintage qualities in their optics.

Canon released their range of K35s in the 1970s and it didn’t take long for them to be given an Academy Award for Technical Excellence. K35s are most famous for being used to shoot Ridley Scott’s iconic movie Alien (1979) as well as Stanley Kubrick’s legendary Barry Lyndon (1975).

The particular set of K35s acquired by Shift 4 have been used on numerous occasions by Alwin H. Kuchler, a DOP who has worked on such films as Sunshine (2007), Hanna (2011) and Steve Jobs (2015). He also put the lenses to good use on Sainsbury’s 2014 Christmas TVC campaign which saw both German and Allied First World War soldiers put aside their differences to play football on Christmas Day.

Canon K35 Prime Lenses are extremely popular vintage lenses which flare easily and subtly give images a softer, lower contrast quality. Their incredibly fast apertures, at between T1.3 and T1.5, allow for a very shallow depth of field.

A huge bonus of Shift 4’s set is that they have all been colour matched; it’s common in sets of vintage lenses that have been pulled together over the course of many years that a different colour temperature is produced from lens to lens. This set of Canon K35s all produce the same colour temperature making changing between lenses much faster and more hassle-free on set.

We’re confident in saying Shift 4’s Extended Set Of Canon K35 Prime Lenses is far superior to others you may find to hire or purchase. Call us now to find out availability and for pricing bespoke to your project.