One of the big highlights of this year’s BSC Expo was the TRINITY, positioned by ARRI as the flagship of their camera stabilizer systems range. It was being shown off in full force at the exhibition in Battersea, London, with an operator freely roaming the hall attracting many admiring bystanders and a seminar exclusively demonstrating it, hosted by inventor Curt O. Schaller.

According to O Schaller, as a longtime Steadicam operator he often faced limitations with existing systems when trying to execute specific shots. This led him to make improvements to the system he was working with and ultimately develop an entirely new one. Positive feedback from fellow Steadicam operators confirmed his efforts were opening up new creative possibilities and encouraged him to set up his own business, which is now part of the ARRI organisation. 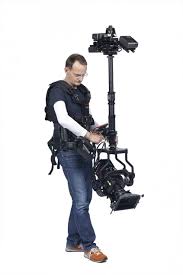 The TRINITY is a 32 bit ARM-based gimbal combining classic mechanical stabilization with new electronic stabilization. This results in 5 axes of wide-ranging, fluid movement which can be precisely controlled, opening up new shots and angles to the operator, director and DP. The TRINITY has a fully stabilized mode allowing a huge freedom of movement, but for situations when a more classical style of operating is required, a locked mode connects the tilt axis directly to the post in the traditional way. 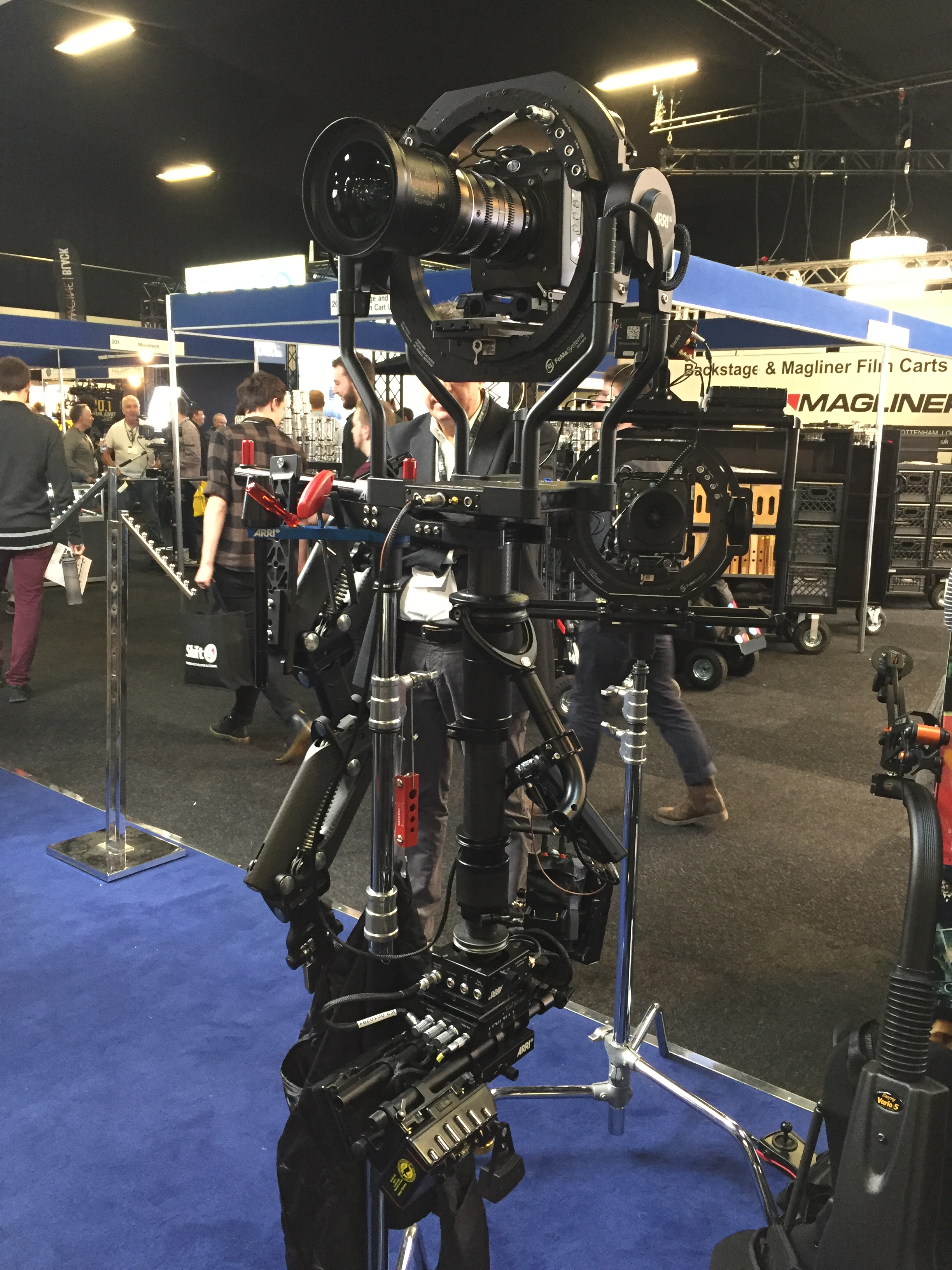 TRINITY is available as a complete 5-axis rig or as a 2-axis head upgrade to existing mechanical stabilizers. We saw it configured with an ALEXA Mini, but it’s 30kg max payload and height adjustability means larger cameras can be accommodated, including full-sized digital cameras like the ALEXA SXT as well as film cameras. 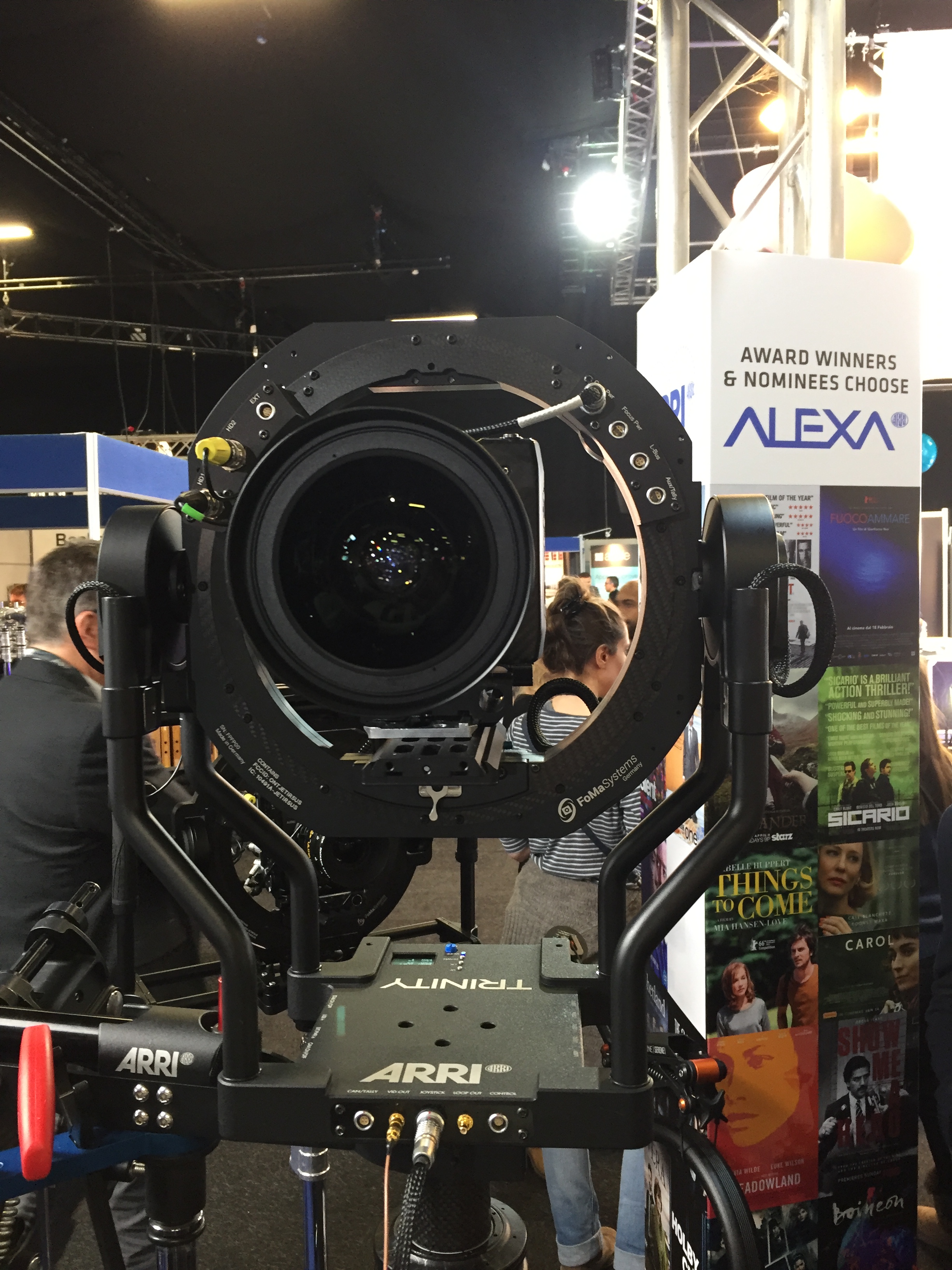 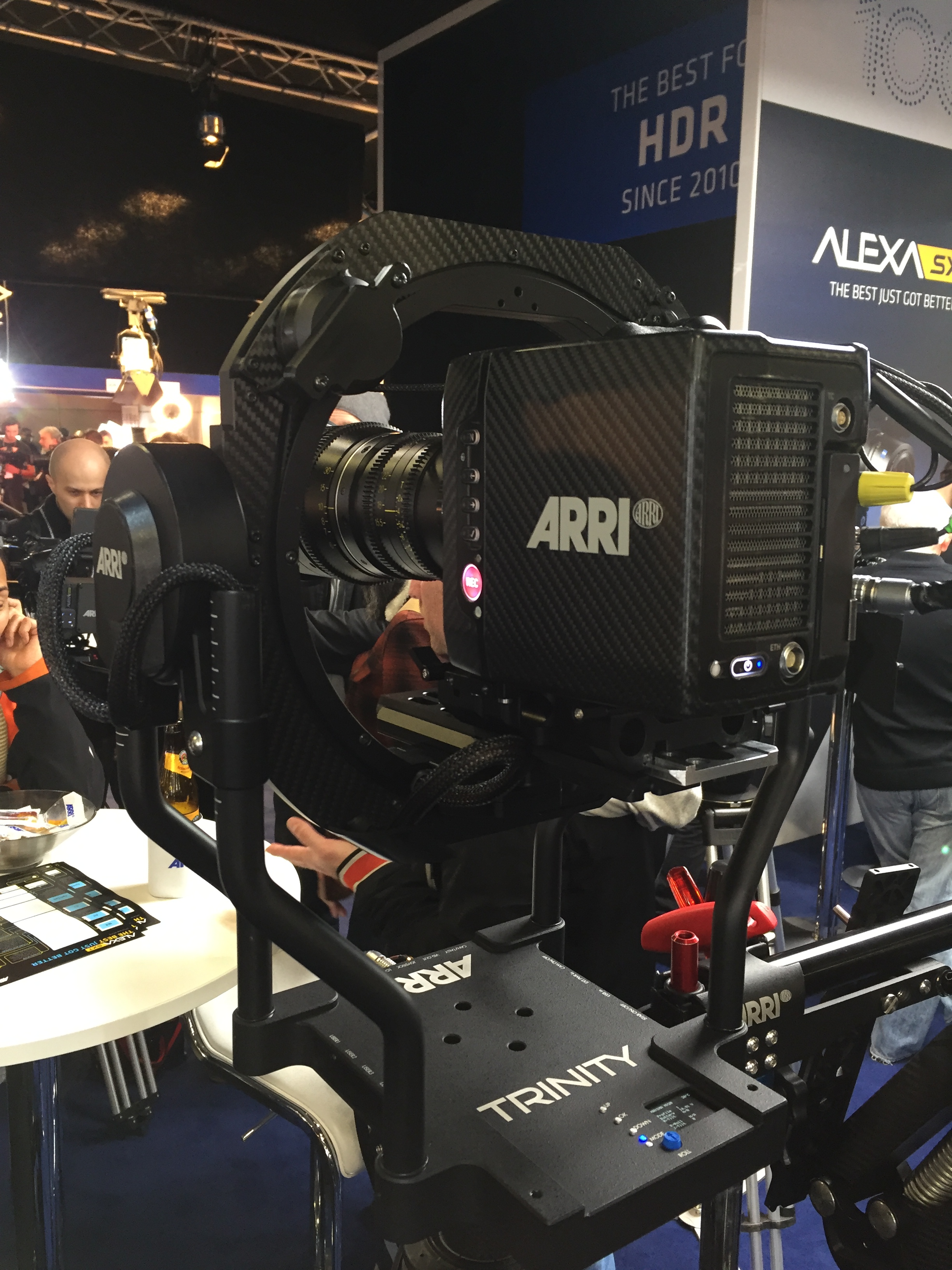 ARRI have used the TRINITY on a range of productions from football matches, to cooking shows, to music shows like the Eurovision Song Contest.

ARRI suggest that new TRINITY users take part in a TRINITY workshop to be fully trained on its set up and operation, and also to eliminate previous Steadicam behaviour – it may look like a regular Steadicam but it’s truly not. We were stunned by its huge range, smooth gimbal movement and ease of operation. The handle seems more ergonomic and comfortable and, notably, the monitor is much better placed at a higher level therefore avoiding that awkward stance and strained neck. Encouragingly the TRINITY doesn’t weigh much more than a regular Steadicam. It is, however, quite a lot more expensive.