ARRI first unveiled their new documentary-style camera, the AMIRA, at IBC in Amsterdam last September. Since then, anticipation for it has mounted with only a lucky few getting their hands on the camera itself and the chance to use it out on location.

Only in the last few months have UK hire companies started taking delivery of their pre-ordered AMIRAs and, since the camera has become readily available to the industry as a whole, it’s become instantly popular. Image quality, flexibility, usability; believe all the hype – the ARRI AMIRA is incredible. 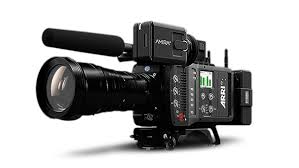 After we saw it again at London’s BVE earlier this year we wrote about the key aspects of the camera we were most excited about.

Now, in response to massive demand for the ARRI AMIRA, we’ve produced 3 new videos to provide information and prompt discussions.

ARRI AMIRA vs ARRI ALEXA
A comparison between ARRI’s ENG-style camera and its big brother.

ARRI AMIRA vs Sony F55
A comparison between models from the different manufacturers. Which is best?

ARRI AMIRA LOOK FEATURES
An outline of the AMIRA’s in camera grading features.

And let us know what you think!