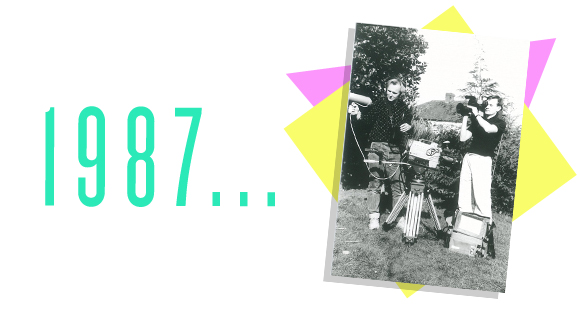 Sound recordist Neil Burn and camera operator Spike Geilinger are TV-AM staff who join the infamous 24 hour technician’s strike of November 1987, protesting against a change in their terms of employment.

The 200+ striking TV-AM workers are sacked. Neil and Spike press on, teaming up as a freelance crew and working under the name Shift 4 – a nod to the 4th picket shift they’d so proudly covered.

Initially Neil and Spike hire themselves out with an electrician/spark in traditional 3 man crews. Alongside their personal expertise Neil and Spike provide equipment too, meaning clients can hire a full kit and crew package from Shift 4. The operation runs from the loft of Neil’s house in Enfield.

Demand quickly grows and Shift 4 soon employ office staff, plus Neil and Spike draw in other crew members to allow more shoots to be covered. 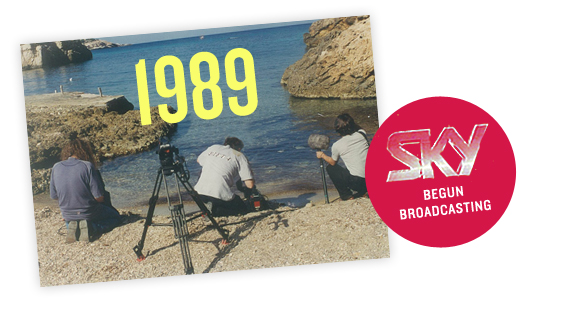 Shift 4 is incorporated and Shift 4 HQ moves from Neil’s loft to set up in an office/studio facility on Stukeley Street in Covent Garden that offers space for equipment storage as well as parking for vans. 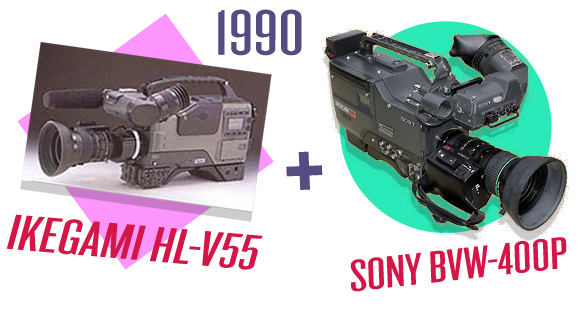 Sony launch the BVW-400P and, alongside the Ikegami HL-V55, it becomes Shift 4’s most popular camera. Both are Beta SP format.

Sony launch Digibeta which fast becomes the format of choice across the TV industry.

Also in 1993 another classic, the Mondeo, can be purchased from Ford for the first time.

By1994, the Sony DVW-700WSP is Shift 4’s most popular hired camera. Features include:

– Switchable CCD allowing selection of either 4:3 or 16:9
– Vertical cassette loading
– A removable set up card enabling the beginnings of greater control of cinematography

– High quality digital video for self-shooters
– A small, lightweight body meaning you can shoot in places you previously couldn’t
– All using MiniDV format

Another notable split occurs in 1996; Take That, who announce they’re going their separate ways. 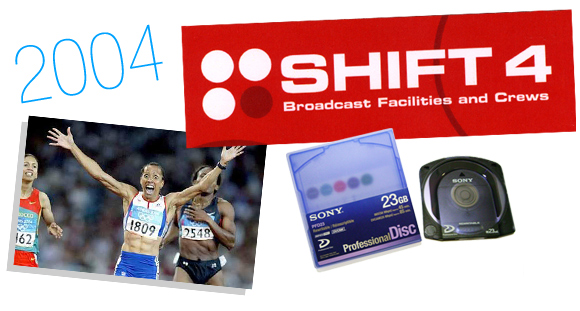 Sony release their XDCAM Professional Disc system, with cameras recording to non-linear optical discs. This is the first step towards the tapeless workflows we know today.

Shift 4 move to its current location at the Crusader Industrial Estate on Hermitage Road near Finsbury Park. 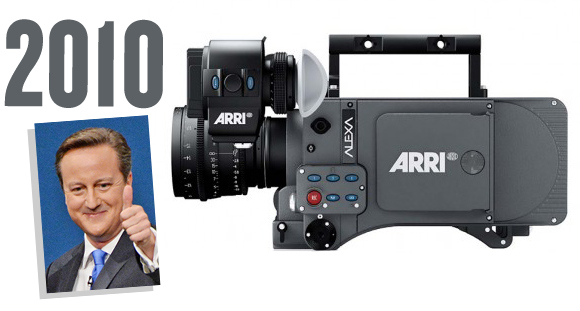 ARRI release the ALEXA, their first major move into digital cinematography. Digital video production is suddenly raised to the level of film, some say beyond.

And in other news, David Cameron becomes Prime Minister.

Alex Thompson and Alex Trezies become Shift 4 MDs. Thompson has worked at Shift 4 since 1999, rising through the ranks, and Trezies joined from Hammerhead in 2008. 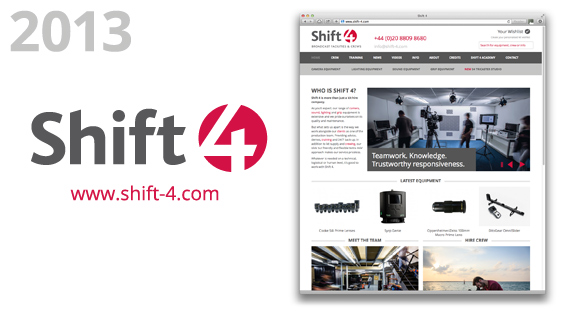 Shift 4 launch a total re-brand, with a fresh new logo and a brand new website.

This tops off a period of change at the company with new staff, improved procedures and a massive injection of new kit. New clients come from all angles. 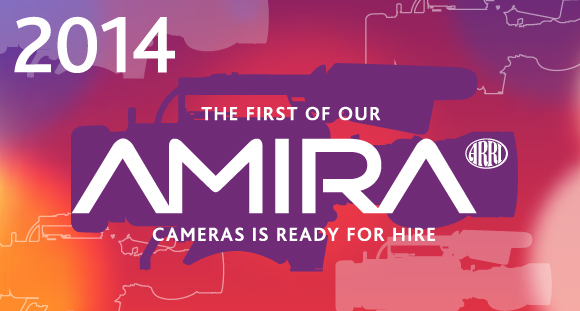 Shift 4 takes delivery of its first ARRI AMIRA, a newly released documentary-style shoulder-mounted camera offering the same superior picture quality as the ARRI ALEXA. The camera lives up to the hype and proves instantly popular.

Shift 4 continues to add to its fleet of camera, sound, lighting and grip equipment, keeping up to date with constantly evolving technology, manufacturers’ releases and clients’ requests. Operations are regularly reviewed and bettered. Staff numbers reach 25+.

The company becomes a real competitor to the best in the industry.